Last week was the one year anniversary of the fall of Kabul to the Taliban in Afghanistan. We marked the occasion with renewed calls for more support for the Afghan community in Australia and those facing violence and persecution in Afghanistan.

More than 211,000 people have applied for protection in Australia and less than ten thousand visas have been granted in the past year. While the processing is achingly slow, families are separated, people are in extreme danger and women, girls and the Hazara community are being constantly targeted.

You can support the Afghan community by writing to your local Federal MP and the Minister for Immigration, Andrew Giles. Bringing families together must be a priority, as well as providing permanent visas for people currently living in limbo on temporary visas.

Please help us show MPs that the Australian people have not forgotten Afghanistan.

Follow Action for Afghanistan on social media to hear directly from Afghan people living in Australia and leading the campaign.

A house of hope

Providence House, a four-unit apartment block in the inner west of Sydney, has been a home for more than one hundred people seeking asylum in the past seven years.

In 2015, to celebrate 175 years of the Sisters of Charity being in Australia, the Sisters of Charity Foundation purchased and renovated four residential apartments for the Asylum Seekers Centre to use as emergency housing. Since then, the Providence House program has provided short-to-medium term stable housing for families and single women who are at risk of homelessness, while they wait for the government to assess their protection visas.

Find out how this house became a home.

You gave generously at the end of this financial year and your support allows people in our community to thrive. For example, our employment service now includes a drop-in hub three days a week in Newtown and one day in Auburn. The employment hub matches people to  job search, prepare CVs and make applications. The employment service also helps match people with opportunities, mentor people for interviews and supports people with new jobs to be successful.

The story of Sabala and her family touched the hearts of many of you and we received many messages of kindness and care.

Run for their lives

Running events are back! You must have seen the recent successful City2Surf run. Perhaps you were there? The next run on the calendar is Blackmores Sydney Running Festival and with a range of run lengths from marathon to a family-friendly 3.5km, you can join in.

Make your run more meaningful with a fundraiser for the Asylum Seekers Centre.

Wear your support for people seeking asylum loud and proud with our winter bundle of beanies and reusable cups.

Check out our Shop with Impact where you can buy gifts that also do good.

Learn about Providence House: A house of hope for people seeking asylum Job Fair: a room full of open doors 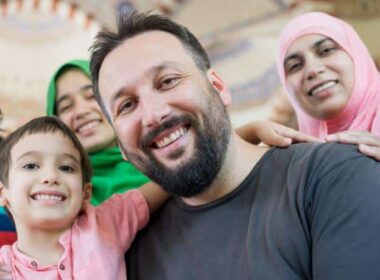 As we end the year and celebrate Human Rights Day this month, we are taking time to reflect. It is… Read More